Moulin Rouge is a jukebox musical with a book by John Logan. The musical is based on the 2001 film of the same name, by Baz Luhrmann. The world stage premiere occurred on July 10, 2018 at the Emerson Colonial Theatre, Boston.

In the year 1900, a British writer named Christian (Ewan McGregor), suffering from depression, begins writing on his typewriter (“Nature Boy”). As Christian narrates, the film flashes back to one year earlier upon Christian’s move to the Montmartre district of Paris to become a writer among members of the area’s Bohemian movement. He soon discovers that his neighbours are a loose troupe of performers led by Henri de Toulouse-Lautrec (John Leguizamo). Toulouse-Lautrec and the others ask for Christian’s help, and his writing skills allow them to finish their proposed show, Spectacular Spectacular, that they wish to sell to the owner of the Moulin Rouge, Harold Zidler (Jim Broadbent). The group arrives at the Moulin Rouge as Zidler and his “Diamond Dog Dancers” perform for the audience (“Zidler’s Rap Medley/Can Can Dance”). Toulouse arranges for Christian to see Satine (Nicole Kidman), the star courtesan, in her private quarters to present the work, unaware that Zidler has been promising Satine to the wealthy and psychopathic Duke of Monroth (Richard Roxburgh), a potential investor in the cabaret (“Sparkling Diamonds”).

Satine mistakes Christian for the Duke, and dances with him before retiring to her private chamber with him to discuss things confidentially (“Rhythm of the Night”, “Meet Me in the Red Room”), but soon learns he is just a writer (“Your Song”). The Duke interrupts them; Christian and Satine claim they were practicing lines for Spectacular Spectacular. With Zidler’s help, Toulouse and the rest of the troupe pitch the show to the Duke with an improvised plot about an evil maharajah attempting to woo an Indian courtesan who loves a poor sitar player (“The Pitch (Spectacular Spectacular)”). The Duke backs the show on the condition that only he may see Satine. Satine contemplates Christian and her longing to leave the Moulin Rouge to become “a real actress” (“One Day I’ll Fly Away”). Christian goes back to Satine to convince her that they should be together, and she eventually falls for him (“Elephant Love Medley”). As the cabaret is converted to a theater, Christian and Satine continue seeing each other under the pretense of rehearsing Satine’s lines. The Duke becomes suspicious of their frequent meetings and warns Zidler that he may stop financing the show; Zidler arranges for Satine to dine with the Duke that evening, but she falls ill from tuberculosis (“If I should die (Górecki)”). Zidler makes excuses to the Duke, claiming that Satine has gone to confession (“Like a Virgin”). Zidler learns from the doctor treating Satine that she does not have long to live, but keeps this knowledge from Satine. Satine tells Christian that their relationship endangers the show, but he counters by writing a secret love song to affirm their love (“Come What May”). 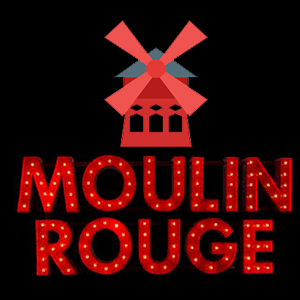 As the Duke watches Christian rehearsing with Satine, Nini, a jealous performer, points out that the play is a metaphor for Christian, Satine and the Duke. Enraged, the Duke demands the ending be changed with the courtesan choosing the maharajah; Satine offers to spend the night with the Duke to keep the original ending. At the Duke’s quarters, Satine sees Christian on the streets below, and realizes she cannot sleep with the Duke. (“El Tango de Roxanne (Roxanne)”). The Duke attempts to rape her, but she is saved by Le Chocolat (Deobia Oparei), one of the cabaret’s male dancers. Reunited with Christian, he urges her to run away with him. The Duke tells Zidler he will have Christian killed if Satine is not his. Zidler reiterates this warning to Satine, but when she refuses to return, he finally informs her she is dying (“A Fool to Believe”). Zidler tells Satine that to save Christian’s life, she has to tell him that she will be staying with the Duke and she doesn’t love him (“The Show Must Go On”). Christian tries following her, but is denied entry to the Moulin Rouge, and becomes depressed, even though Toulouse insists that Satine does love him.

The night of the show, Christian sneaks into the Moulin Rouge, intending to pay Satine her fee as a courtesan (“Hindi Sad Diamonds”). He catches Satine before she steps on stage and demands she tell him she does not love him. Suddenly they find themselves in the spotlight; Zidler improvises and convinces the audience that Christian is the sitar player in disguise. Christian denounces Satine and walks off the stage. From the rafters, Toulouse cries out, “The greatest thing you’ll ever learn is just to love and be loved in return”, spurring Satine to sing the song Christian wrote to express their love. Christian returns to the stage, joining her in the song and reaffirming his love for her. The Duke orders his bodyguard (Linal Haft) to kill Christian, but is thwarted, while the Duke’s own attempt is stopped by Zidler. The Duke storms out of the cabaret as Christian and Satine complete their song (“Come What May (Reprise)”, “Coup d’État (Finale)”).

After the curtain closes, Satine succumbs to tuberculosis. Before she dies, Christian and Satine affirm their love and she tells him to write their story. A year later, the Moulin Rouge has closed down, and Christian finishes writing the tale of his love for Satine, a “love that will live forever” (“Nature Boy (Reprise)”).