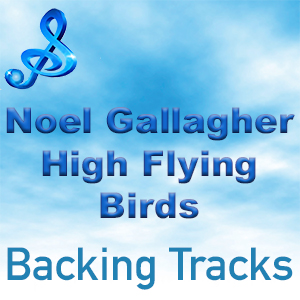 Since his departure from Oasis in August 2009, many speculated that Gallagher might record a solo album. In July 2011, he held a press conference to confirm that this was the case, after denying rumours from his brother Liam Gallagher that he had already heard the tracks featured on it. Later that year, Noel released the project’s self-titled debut album. Several singles from the album were released, including “The Death of You and Me”, “If I Had a Gun…”, “AKA… What a Life!”, “Dream On” and “Everybody’s on the Run”. In 2015, Noel Gallagher’s High Flying Birds released their second album, Chasing Yesterday. Their third, Who Built the Moon?, followed in November 2017.

Gallagher explained in an interview with Jonathan Ross on The Jonathan Ross Show that the inspiration for the band’s name was from two sources. The idea to prefix the name with “Noel Gallagher’s” was formed whilst washing up dishes listening to the album Peter Green’s Fleetwood Mac, while the latter part of the name is taken from the song “High Flying Bird” recorded by Jefferson Airplane among others.