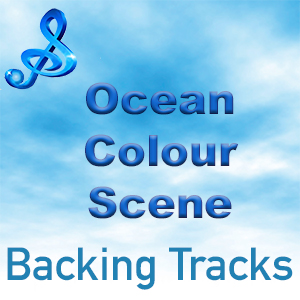 Ocean Colour Scene (often abbreviated to OCS) are an English rock band formed in Moseley, Birmingham, in 1989. They have had five Top 10 albums including a number one in 1997.

Formed of ex-members of local bands, Simon Fowler (25 May 1965; vocals, ex-Fanatics), Steve Cradock (b. 22 August 1969; guitar, ex-the Boys), Damon Minchella (b. 1 June 1969; bass, ex-Fanatics) and Oscar Harrison (b. 15 April 1965; drums, ex-Echo Base) the band recorded their debut single, ‘Sway’, for the Birmingham independent label Phfftt in September 1990. Ocean Colour Scene were then signed to Fontana Records and Rolling Stones producer Jimmy Miller agreed to work on their debut album. However he was replaced and the debut album, with backing vocals from Alison Moyet, finally emerged in May 1992.

In the mid-90s Ocean Colour Scene toured with Oasis and this may have been instrumental in the band winning a new recording contract with MCA Records. Their 1996 single, ‘The Riverboat Song’ became a UK Top 20 chart hit. An accompanying album, Moseley Shoals, followed and spawned UK Top 10 hits with ‘You’ve Got It Bad’, ‘The Day We Caught The Train’ and ‘The Circle’.

Their new album Marchin’ Already was released in October 1997 and topped the UK charts. The singles ‘Hundred Mile High City’, ‘Travellers Tune’ and ‘Better Day’ all reached the Top 10.

All in all they have achieved seventeen Top 40 singles and six Top 10 singles to date.