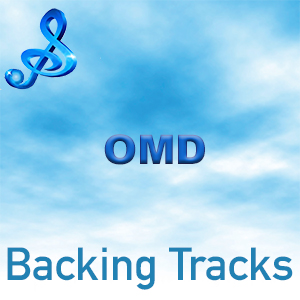 Orchestral Manoeuvres in the Dark (OMD) are an English electronic music band formed in Wirral, Merseyside in 1978

Orchestral Manoeuvres in the Dark (OMD) are an English electronic music band formed in Wirral, Merseyside in 1978. Spawned by earlier group The Id, the outfit is composed of co-founders Andy McCluskey (vocals, bass guitar) and Paul Humphreys (keyboards, vocals), along with Martin Cooper (various instruments) and Stuart Kershaw  (drums); McCluskey is the only constant member. OMD released their debut single, “Electricity”, in 1979, and gained popularity throughout Europe with the 1980 anti-war song “Enola Gay”. The band achieved broader recognition via their album Architecture & Morality (1981) and its three singles, all of which were international hits.

Although retrospectively reappraised, the experimental Dazzle Ships (1983) eroded European support. The band embraced a more straightforward pop sound on Junk Culture (1984), while continuing to experiment via newly acquired digital samplers; this change in direction led to greater success in the United States, and yielded the 1986 hit, “If You Leave”. A year after the release of The Best of OMD (1988), creative differences rendered McCluskey the only remaining member of the group as Humphreys formed spin-off band The Listening Pool. OMD would return with a new line-up and explore the dance-pop genre: Sugar Tax (1991) and its initial singles were sizeable hits. By the mid 1990s, however, electronic music had been supplanted by alternative rock, and both OMD and The Listening Pool disbanded in 1996. McCluskey later conceived girl group Atomic Kitten, for whom he served as a principal songwriter, while Humphreys performed as half of the duo Onetwo.

In 2006, the outfit reformed with Humphreys back in the fold, and began to work on material more akin to their early output. The band re-established themselves as a chart act, and kept on touring extensively.