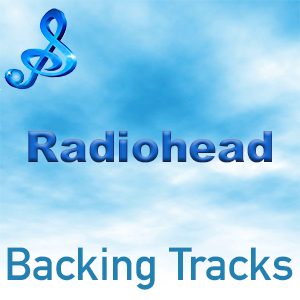 Radiohead are an English rock band formed in 1985.  After signing to EMI in 1991, they released their worldwide hit single “Creep” in 1992.  They have released 7 albums and have sold over 30 million albums worldwide.

They released their debut single “Creep” in 1992 and it became a worldwide hit after the release of their debut album, Pablo Honey. Their popularity rose in the United Kingdom with the release of their second album, The Bends (1995). Radiohead’s third album, OK Computer (1997), propelled them to international fame. The group’s next albums Kid A (2000) and Amnesiac (2001), recorded simultaneously, marked a dramatic change in style, incorporating influences from experimental electronic music, 20th-century classical music, krautrock, and jazz. Kid A divided listeners but was named the best album of the decade by Rolling Stone, Pitchfork and the Times.

Radiohead’s sixth album, Hail to the Thief (2003), mixed rock and electronic music with lyrics inspired by the War on Terror. Subsequently their releases have pioneered alternative release platforms such as pay-what-you-want and BitTorrent; Radiohead self-released their seventh album, In Rainbows (2007),  which customers could download and pay their own price. Their eighth album, The King of Limbs (2011), an exploration of rhythm, was developed using extensive looping and sampling. A Moon Shaped Pool (2016) prominently featured Jonny Greenwood’s orchestral arrangements.

This massive band had sold more than 30 million albums worldwide by 2011 with their work placed highly in both listener polls and critics’ lists of the best music of the 1990s and 2000s. By 2005, they were ranked 73rd in Rolling Stone‘s list of “The Greatest Artists of All Time”;

In 2009, Rolling Stone readers voted the group the second-best artist of the 2000’s. In 2017, they were nominated for the Rock & Roll Hall of Fame, in their first year of eligibility.