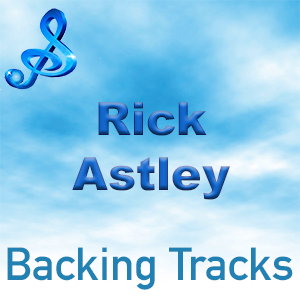 Rick Astley (born 6 February 1966) is an English singer, songwriter, musician, and radio personality. His 1987 song, “Never Gonna Give You Up” was a No. 1 hit single in 25 countries, and won the 1988 Brit Award for Best British Single.

Astley made a comeback in 2007, becoming an Internet phenomenon when the music video for “Never Gonna Give You Up” became integral to the meme known as “rickrolling”. Astley was voted “Best Act Ever” by Internet users at the MTV Europe Music Awards 2008, and his 2016 album 50 debuted in the UK at No. 1.

In 1985, Astley was performing as lead singer with a soul band named FBI. This was when he was noticed by the record producer Pete Waterman, who persuaded him to come to London to work at the Pete Waterman Limited (PWL) recording studio, with RCA Records publishing his records.

Under the tutelage of the production team of Mike Stock, Matt Aitken and Pete Waterman, known as Stock Aitken Waterman , Astley was taught about the recording process and groomed for his future career, supposedly starting off as the recording studio “tea boy”.

Astley’s distinctive rich, deep voice combined with dance-pop, made his first solo single  “Never Gonna Give You Up” a big success and eventually won a BRIT award.  His next single was “Whenever You Need Somebody”,  became a successful European hit, followed by “When I Fall in Love”.

Astley’s fourth single release would be “Together Forever” in 1988, reaching No 2 in the UK. It was denied the top spot by Neighbours sensation Kylie Minogue’s debut “I Should Be So Lucky”. In 1989 he was nominated for a Grammy Award for Best New Artist, but lost to Tracy Chapman.

A fire in the PWL studios destroyed much of Astley’s new material, causing a delay in the release of his second album. Hold Me in Your Arms was released in January 1989, containing five singles,  being certified platinum in the UK and gold in the US.

In December 1989, Astley set off on his first world tour, touring 15 countries including the UK, US, Australia, and Japan. By the end of the tour, he was tiring of the negative press, and wanted to explore alternative paths as a musician. Thus, he left his producers Stock Aitken Waterman, and RCA records bought out his contract with PWL.

By 1990, Astley had parted company with Stock Aitken Waterman. He also decided to leave his dance-pop days behind him, moving towards his passion, soul. This shift in musical genre led him to change his image too, ditching the boy next door look, presenting himself as a mature and passionate musician.

Astley decided to retire after releasing his album, Body and Soul,  as a result, the album did not get a lot of promotion,

Ten years into retirement, Astley returned to the music industry, signing a co-publishing deal with Polydor and releasing Keep It Turned On in 2001 and signed to Sony BMG in 2004.  In September 2008, Astley was nominated for the ‘Best Act Ever’ award at the MTV Europe Music Awards and won after a huge internet campaign by fans.

He continues to tour and release music.

Rick Astley: Hold Me In Your Arms… Keep Singing… Never Gonna Give You Up… Take Me To Your Heart… Together Forever… When I Fall In Love…