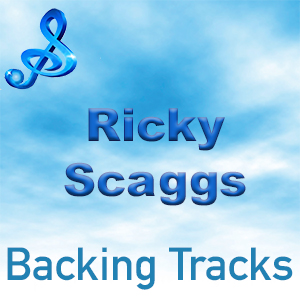 Rickie Lee “Ricky” Skaggs, known professionally as Ricky Skaggs, is an American country and bluegrass singer, musician, producer, and composer. Born on July 18, 1954 in Cordell, Kentucky, USA.  He started playing music at age 5 after he was given a mandolin by his father.

In 1971, he entered the world of professional music with his friend, the late country singer, Keith Whitley.   Ricky soon built a reputation for creativity and excitement through his live appearances and recordings.

In the late 70’s, Ricky turned his attention to country music, where he spent most of the 80’s at the top of the country music charts.  In 1982 he became a member of the Grand Ole Opry, the youngest to ever be inducted at that time.

As his popularity soared, he garnered eight awards from the Country Music Association (CMA), including “Entertainer of the Year” in 1985, fourteen Grammy Awards, and dozens of other honors.  These achievements also placed him front and centre in the neo-traditionalist movement, bringing renewed vitality and prominence to a sound that had been somewhat subdued by the commercialization of the ‘Urban Cowboy’ fad.  Renowned guitarist and producer, Chet Atkins, credited Skaggs with “single-handedly” saving country music.

Ricky Skaggs has often said that he is “just trying to make a living” playing the music he loves.  But it’s clear that his passion for it puts him in the position to bring his lively, distinctively American form of music out of isolation and into the ears and hearts of audiences across the country and around the world.  Ricky Skaggs is always forging ahead with cross-cultural, genre-bending musical ideas and inspirations.