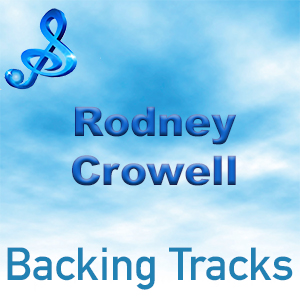 Rodney Crowell is a Grammy Award winning American musician, known primarily for his work as a singer and songwriter in the country music genre.

He came from a musical family and at age 11, he started playing drums in his father’s band. In his teen years, he played in various garage rock bands.

Rodney Crowell’s career success in the early years was down to his songwriting for other artists such as Rosanne and Johnny Cash, Emmylou Harris (he also played rhythm guitar in Emmylou’s band).

Although best known as a songwriter and alternative country artist, Rodney Crowell enjoyed mainstream popularity during the late 1980s and early 1990s and his album Diamonds & Dirt produced five consecutive No. 1 singles.