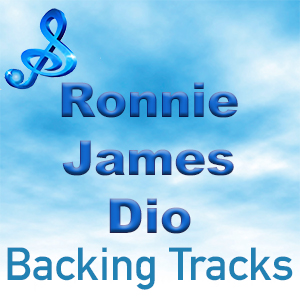 Ronnie James Dio was an American heavy metal singer – songwriter and is regarded as one of the greatest and most influential heavy metal artists of all time.

He fronted many a band, including Black Sabbath and Rainbow and had a powerful, versatile vocal range and was capable of singing both hard rock and lighter ballads.

Ronnie James Dio’s career spanned more than 50 years during which time he received a number of distinctions and awards. He was inducted into the Cortland City Hall of Fame in 2004, and has a street named after him. Classic Rock Magazine awarded Dio with the “Metal Guru Award” in 2006. On January 17, 2007, Dio was inducted into Guitar Center’s Rock Walk of Fame in Hollywood and was named “Best Metal Singer” at the Revolver Golden Gods Awards in April 2010, making him the oldest recipient of this award at age 67. He died in May 2010.