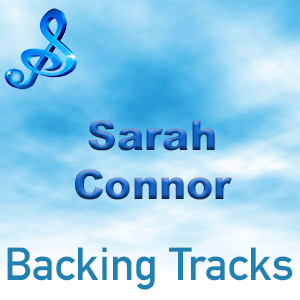 Sarah Marianne Corina Lewe (born June 13, 1980), better known by her stage name Sarah Connor, is a German singer, songwriter, and television personality. Connor debuted in 2001 under the guidance of artist manager George Glueck and became the first solo act to ever have four consecutive chart-topping hits on the German Singles Chart. Following success in mainland Europe with her single “From Sarah with Love” and her debut album Green Eyed Soul, a series of hit records established her position as the most successful German pop female vocalists to emerge in the 2000s with sales in excess of over 15 million copies worldwide. Her seventh studio album Real Love, was released in October 2010, amid her engagement as judge on the German reality television show X Factor. Her first German album Muttersprache released on May 22, 2015 debuted on the top of the German and Swiss Albums Chart.

Awarded with several prizes and accolades, Connor has received four Comets, a Top of the Pops Award, a Goldene Kamera, a Goldene Europa, a World Music Award, and two Echos. She married the American pop-rock musician Marc Terenzi in 2004, with whom she appeared in two reality shows, Sarah & Marc in Love (2007) and Sarah & Marc Crazy in Love (2008). They ended their relationship with divorce in 2008.

When you’re holding me
I can breathe, there’s such a peace
So please, couldn’t I try
For a change, ease in your mind
Instead of worry do what I do
Say until you start to believe it

I been were you are
In the dark & sick at heart
So I get it, I swear
But do you call me, I’m there
Instead of being strong on your own
Let me say until you believe it