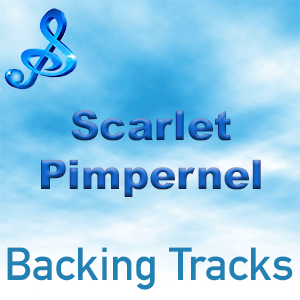 The Scarlet Pimpernel is a musical with music by Frank Wildhorn and lyrics and book by Nan Knighton, based on the novel of the same name by Baroness Orczy. The show is set in England and France during the Reign of Terror of the French Revolution. The story is a precursor to the spy fiction and the superhero genres, where a hero hides under a mild-mannered alias.

The musical ran on Broadway from 1997 through January 2000 in several theatres, in several revised versions. It also had a US National tour.

The play opens at La Comédie Française, an elegant theatre where Marguerite St. Just is performing in her final show (“Storybook”). As she announces to the crowd her marriage to wealthy English aristocrat Sir Percy Blakeney, Citizen Chauvelin, a fanatical agent of the French republican revolutionaries, closes the theatre before the performance is finished. Percy, Marguerite, and her brother, Armand, leave for England, and Chauvelin oversees the execution of the Marquis de St.-Cyr by guillotine in the miserable streets of Paris (“Madame Guillotine”).

Percy and Marguerite wed in England (“Believe”). However, on the night of their wedding, Percy learns that his wife betrayed the Marquis de St.-Cyr, his friend, to the revolutionary government (“Wedding Dance”). Heartbroken, Percy is torn between his love for Marguerite and the knowledge of what she has done (“Prayer”). The Blakeneys’ marriage grows cold.

Percy determines to make amends for his friend’s death by saving other innocents from the guillotine. He takes on the identity of the Scarlet Pimpernel and convinces some of his friends (subsequently called “bounders”) to join him in his daring rescue attempts; Armand insists on being included (“Into the Fire”). The band pretend to be inane fops, effectively throwing off any suspicions about the identity of the League of the Scarlet Pimpernel. Under Percy’s strict orders, Marguerite is told nothing of this.

Over the next five weeks, the League rescues many potential victims of the guillotine in Paris (“The Rescue”). The furious Robespierre orders Chauvelin to discover the identity of the Scarlet Pimpernel with the help of a Belgian spy named Grappin (Percy in disguise). Frustrated, Chauvelin vows to succeed (“Falcon in the Dive”).

Back in England, Marie, Marguerite’s old costume designer and best friend, has come to the Blakeney estate and is painting Percy’s portrait. The Blakeneys’ maids gossip about the Scarlet Pimpernel with Percy, who continues his foppish act (“Scarlet Pimpernel Transition”). Marguerite cannot understand how Percy is so drastically different from the man whom she married (“When I Look At You”).

Informed that she has a visitor in the garden, Marguerite goes outside. Percy looks out at her in awe, yet remains confused about how he should act around her (“When I Look At You (Reprise)”). Marguerite’s visitor turns out to be Chauvelin, who attempts to convince her to join him in his mission to unmask the Pimpernel, as the French believe he is a member of the Blakeneys’ circle. Percy joins the conversation and perplexes Chauvelin with his ridiculous ways. When Percy leaves, Chauvelin tries to remind Marguerite of the fiery passion they once shared for the Revolution and each other (“Where’s the Girl?”). Marguerite rejects Chauvelin’s advances and sends him away.

Armand, just returned from a trip for the League, tells Marguerite that he is going on another trip, this time to France. She becomes upset because she believes that Armand is putting himself in danger—and because he is the only one whom Marguerite feels truly loves her. Marguerite begs Armand to stay, but after trying to comfort her, he leaves, taking Marie back to Paris with him to assist the League (“You Are My Home (Reprise)”).

Percy tells his remaining men that the Prince of Wales, suspicious of their trips to France, wants to meet with them. To allay the Prince’s suspicions, Percy shows the League how it is a man’s duty to dress elegantly and flamboyantly, and they all display the latest fashion (“The Creation of Man”). At the palace, the League convinces the Prince that they have nothing to do with the Pimpernel’s activities.

Chauvelin arrives to meet with the Prince but is brushed aside so that the League can help the Prince select his attire for the royal ball that night. Having received a note from Chauvelin, Marguerite meets him the palace, and Chauvelin once again enlists her aid. Armand has been captured in France, and Chauvelin threatens to have him guillotined if Marguerite refuses to help find the Pimpernel (“Marguerite’s Dilemma”). Both Marguerite and Chauvelin wonder if they can trust each other; Percy finds them talking and wonders if he, too, can trust his wife (“The Riddle”).

At the Prince’s ball, Percy and the other guests discuss the Pimpernel, who they all know is there that evening (“The Scarlet Pimpernel”). Percy then recites a poem he has created in honour of the Pimpernel, and the guests join in (“They Seek Him Here”).

Marguerite, desperate, convinces one of Percy’s men to ask the Pimpernel to meet her on the footbridge at one o’clock (“The Gavotte”). She informs Chauvelin of the plan and goes to the footbridge. Percy comes but remains hidden in the shadows, keeping his identity concealed. Marguerite tells him of Chauvelin’s plans and explains that she betrayed the Marquis de St.-Cyr under coercion. Torn, Marguerite begs the Pimpernel to escape before Chauvelin arrives, but the Pimpernel promises to save Armand and sends Marguerite away. Overjoyed, Percy now understands why he has loved Marguerite all along—and that she has always remained the same (“She Was There”). Chauvelin arrives, but Percy’s antics fluster him into leaving without discovering the Pimpernel’s identity. The League then sets out for France to save Armand.

Still unaware of the Pimpernel’s identity, Marguerite does the same. Disguised as a tart, Marguerite attempts to uncover information about her brother, but she is quickly recognized and apprehended by Chauvelin (“Storybook (Reprise)”). While Chauvelin admires Marguerite’s courageous efforts, he is angry that she was defying his threats, and he sends her to prison with Armand.

Unable to get access to Marguerite and Armand, Grappin poses a plot to Chauvelin to have Armand lead them to the secret harbor that the League uses, where they can capture the entire group. Grappin tries to convince Chauvelin to let him dispose of Marguerite, but Chauvelin orders him to stick to the plan. Alone, Chauvelin rages over his failure to win Marguerite back (“Where’s the Girl? (Reprise)”).

The League meets with Percy, Marie, and Tussaud (Marie’s fiancé) in Paris to try to find a way to save Marguerite and Armand. Unable to get close to them, even disguised as Grappin, Percy starts to think the situation is almost hopeless. He vows to go it alone, not wanting the rest of the League to continue to risk themselves, but they reassuredly state they will stand by him (“Into the Fire (Reprise)”).

In prison, Armand assures Marguerite that the Pimpernel will save them. Refusing to believe it, Marguerite mourns the loss of Percy and of her life (“I’ll Forget You”). However, the two are “rescued” by “League members” and set off for the League’s harbor at the coastal town of Michelon, having no idea that Chauvelin is on their trail. On the way, Marguerite learns her husband’s secret identity.

At Michelon, Marguerite and Armand discover that a guillotine has been erected at the harbour. Chauvelin and his soldiers arrive, and when Marguerite desperately calls for Percy to run, Chauvelin finally begins to suspect who his adversary truly is.

Grappin turns up and informs Chauvelin that the Pimpernel—who Grappin confirms is Sir Percy Blakeney—is heading for Calais. Chauvelin sends some of his men off to intercept the Pimpernel but still keeps soldiers to assist him. When Percy “accidentally” lets his identity slip, he and Chauvelin duel. Marguerite steps in several times to help Percy, but Chauvelin still wins (“The Duel”). Percy is then immediately guillotined.

Confident in his triumph, Chauvelin sends most of his remaining soldiers away to carry the news to Robespierre, leaving only a small squad. However, to Chauvelin’s utter bewilderment, Percy stands up from the guillotine unharmed. The head that fell is, in fact, a wax one that Marie (who, having married Tussaud, is revealed to be Marie Tussaud) created to fool Chauvelin. The whole duel and execution was but a ruse to lull Chauvelin into a sense of overconfidence and send the majority of his forces away. The remaining soldiers turn out to be the League in disguise.

Percy’s men tie up Chauvelin and leave him with planted evidence incriminating him as the Scarlet Pimpernel. Percy, Marguerite, Armand, and the bounders then set off for England. Marguerite and Percy confide in each other the true love that they have always had for each other (“Finale/When I Look At You (Reprise)”).