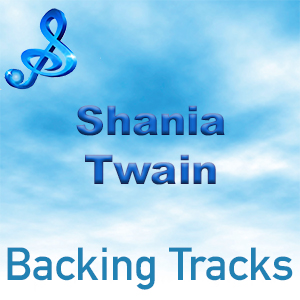 Shania Twain, born Eilleen Regina Edwards; August 28, 1965) is a Canadian singer and songwriter. She has sold over 100 million records, making her the best-selling female artist in country music history and among the best-selling music artists of all time.  Her success garnered her several honorific titles including the “Queen of Country Pop”.

Shania Twain (born Eilleen Edwards) grew up in Ontario, Canada and was the second oldest of five siblings. Although the family struggled financially, there was always music in the house and young Eilleen’s singing and songwriting talents soon developed. Having recognised that her daughter was good her mother got her gigs in a variety of venues including clubs, television and radio. After the tragic death of her parents, the youngster took on the job of caring for her younger siblings and got a job in which she gained a grounding in theatrical performance. A few years later she changed her name to Shania Twain and recorded a demo which earned her a signing to Mercury Records.

During this period rock producer Robert John “Mutt” Lange met Shania Twain at Nashville Fan Fair in 1993. They married and during 1994 they travelled across the United States, Canada, England, Spain, Italy and the Caribbean.

Shania Twain has received numerous awards including Grammy Awards, BMI Songwriter awards, stars on Canada’s Walk of Fame and the Hollywood Walk of Fame, and an induction into the Canadian Music Hall of Fame. She is so far the only female artist in history to have three consecutive albums certified Diamond.

In 2008, Twain and Lange separated, with Twain devastated to have discovered that her husband was having an affair with Marie-Anne Thiébaud, who worked as an assistant for the couple.

The separation and divorce were extremely difficult for Twain. Not only had her marriage ended, but she’d lost someone who had helped guide her career. Around this time, Twain began experiencing dysphonia, a tightening of the vocal muscles that made it difficult for her to sing.

However, there was one person who could understand what Twain was experiencing—Frédéric Thiébaud, Marie-Anne’s ex-husband. Twain and Frederic grew closer, and the two wed on New Year’s Day in 2011.

Shania Twain is patron of Shania Kids Can, an organisation which aims to give underprivileged children the chance to play music or take lessons their families could not otherwise afford.