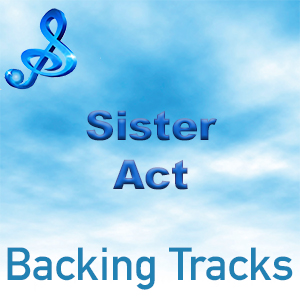 Sister Act is a musical based on the hit 1992 film of the same name, with music by Alan Menken, lyrics by Glenn Slater, book by Bill and Cheri Steinkellner and additional book material by Douglas Carter Beane. After having a regional premiere in 2006 in Pasadena, California, the original West End production opened on June 2, 2009 at the London Palladium, starring Patina Miller and produced by Stage Entertainment and Whoopi Goldberg.  Subsequent productions have been seen on Broadway and in many countries around the world.

In Philadelphia, Mother Superior declares that the convent is in need (Prologue) before Deloris Van Cartier, crowned ‘Lady Fabulous’ of 1978, is seen performing in the night club run by her gangster boyfriend Curtis Shank (“Take Me to Heaven”). Deloris is overjoyed as she believes her boyfriend is going to introduce her to a record producer on that day (her birthday), although she soon learns that this is not to be. Hurt and frustrated, Deloris goes to her backup singers KT and LaRosa, about her dreams of stardom and fame (“Fabulous, Baby!”). She decides to break up with Shank and head out of Philadelphia to go fulfill her dreams on her own. However she gets to Shank just in time to see him and his crew made up of nephew TJ, Bones, and Dinero, shoot someone who they believe has “squealed” about them to the cops. Horrified, Deloris runs away and Shank orders his men to get her and bring her back. Deloris runs to a police station and tells the desk chief, Eddie, about what happened. The two recognize each other as old friends from school with Deloris calling him “Sweaty Eddie”. Eddie decides that Deloris needs to go into the witness protection program and sends her to the place he believes Shank will never find her – a convent called The Holy Order of the Little Sisters of Our Mother of Perpetual Faith.

Deloris is disappointed by this idea as she learns from the Mother Superior that contact with the outside world is limited, and that she cannot smoke, drink, or wear any of her less than appropriate clothing (“Here Within These Walls”). Deloris joins the other nuns for dinner and after several comedic interactions with the overly perky Sister Mary Patrick, Deloris discovers how the other nuns got their “calling” from the Lord (“How I Got the Calling”). They then ask Deloris to share her story with them and she lies.

Meanwhile, back in his nightclub, Shank is frustrated that he cannot find Deloris anywhere. He tells his goons how he will not stop until he finds and kills Deloris (“When I Find My Baby”). Back at the convent Deloris is bored by the simple life of the nuns and decides to hit the town. She goes across the street to a slinky bar, and is followed by Sister Mary Lazarus, Sister Mary Patrick, and Sister Mary Robert. When the three nuns arrive they are shocked to find Sister Mary Clarence (Deloris’ undercover name) drinking and dancing, however they assume that she is attempting to save the lost souls in the bar. Deloris goes along with this idea and gets the whole bar dancing (“Do the Sacred Mass”). However, the joyful mood is quickly destroyed when Deloris recognises Shank’s boys entering the bar. She tries to hide herself as they ask people in the bar if they’ve seen Deloris. Suddenly there is a fight in the bar which has to be broken up by Eddie and the Mother Superior, who orders the nuns to go back to the convent. She then confronts Deloris telling her that she must conform to the life of the nuns. Eddie agrees, telling Deloris that Shank has upped the price on her head, so she needs to be careful. Deloris storms back to the convent after being informed that she has to wake up at 5 a.m. and join the choir. Eddie, now alone with only the drunks and homeless on the street, sings of his desire to be cool, to let go, and impress Deloris (“I Could Be That Guy”).

The following morning Deloris attends the choir practice and loudly admits that the choir sounds terrible. This prompts the Mother Superior to let Deloris lead the choir. Deloris does so and teaches the nuns how to sing in key and on time. She also manages to break the quiet and timid Sister Mary Robert out of her shell (“Raise Your Voice”). That Sunday, the choir perform an up-tempo hymn (“Take Me to Heaven (Reprise)”) which to the struggling church’s surprise brings in more people and more donations. The Mother Superior, however, is horrified how the simple traditional choir she knew has changed and become modern. The news of the choir soon spreads with photographers and news reporters coming in to get the story behind the latest sensation – this wonderful nontraditional choir.

Over the coming weeks, the choir has become incredibly successful and the money from donations has paid for the church to be remodelled and fixed (“Sunday Morning Fever”). However, the newfound fame comes at a price. Shank and his goons spot Deloris with the choir in the newspaper. Shank orders his boys to get into the convent and bring Deloris to him. TJ, Bones, and Dinero discuss how they will do this (“Lady in the Long Black Dress”). Meanwhile, back at the church, Monsignor Howard has some terrific news: the choir has been asked to perform a special concert in front of the Pope. The choir are overjoyed but nervous and that night they ask Deloris to pray for their success (“Bless Our Show”). Deloris is also looking forward to the occasion, although the Mother Superior calls her over and tells her that Shank’s men have just come looking for her and she must leave quickly. The other nuns overhear and Deloris is forced to tell them the truth about who she really is and that she cannot perform with them. Deloris quickly runs off to get her things followed by Sister Mary Robert while the other nuns disappointedly go back to their rooms. Alone in Deloris’ room, the Mother Superior expresses joy that life can go back to being as it was. However it is evident that she, along with the other nuns, have developed a love for Sister Mary Clarence and her modern if somewhat unorthodox ways (“Here Within These Walls (Reprise)”).

As Deloris prepares to leave Sister Mary Robert begs to come with her, claiming that she has been inspired to become a stronger person and go after the things she wants (“The Life I Never Led”). Deloris tells her that she doesn’t need her to do that, and that she can do it all herself if she really wants to. Deloris runs from the convent and stays at Eddie’s house for the night. While there she initially is overjoyed that the following day she will testify against Shank and his boys and then go back to pursuing the career she’s dreamed of (“Fabulous, Baby! (Reprise)”). Guilty for abandoning her sisters when they needed her, she reflects on her life and realises that the choices she is making will leave her with nothing but fame and money, and when the lights go out she will be alone. She decides to return to the convent and sing with her sisters (“Sister Act”).

Meanwhile, Shank thinks up a new way to get into the convent (“When I Find My Baby (Reprise)”). Dressed as nuns, Shank and his boys sneak into the convent; they find and chase Deloris. Sister Mary Patrick, who has seen what has happened, informs the other nuns who insist they must go and help Deloris. The Mother Superior, however, is adamant that they stay and call the police, prompting an outburst from Sister Mary Robert who tells her that she won’t be quiet and take orders blindly anymore; that she is going to help Deloris (“The Life I Never Led (Reprise)”). The other nuns agree and all of them go running through the convent looking for Deloris. It all comes down to a final confrontation in which Shank, armed and dangerous, tells Deloris to get on her knees and beg for her life. However, all the sisters and nuns stand in front of her telling Shank that they will have to go through them first (“Sister Act (Reprise)”). Shank is about to start firing at the nuns when Eddie comes in and fights Shank off. He arrests Shank and his boys and then asks Deloris out on a date which she accepts. Mother Superior and Deloris come to a truce and accept that perhaps they are not so different after all. The show ends with all the nuns and eventually the entire cast performing for the Pope (“Spread the Love Around”).