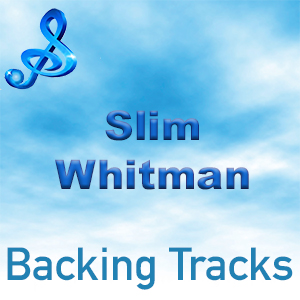 Slim Whitman was an American Country music singer with a beautiful crystal clear vocal style, soaring falsetto and amazing yodelling ability. He spent time in the Navy during the second world war and spent his free time learning to play the guitar to entertain his fellow shipmates. Released from the navy he went back to his job as a ship builder, played league baseball and continued to entertain people with his singing. He got involved with local radio stations, but it wasn’t until the 1950’s that his career as a vocalist really took off.

His song “Indian Love Call” was a massive hit in the american country music charts and made the Top Ten in the UK and in 1955 after his title song to the film “Rose Marie” became a smash, Slim Whitman joined the Grand Old Oprey and in 1956 travelled to Great Britain to perform at the London Palladium.

Slim Whitman’s music has been used in films and advertising and he continued to tour, especially in Europe and Australia until late in life.   Slim Whitman died from heart failure in 2013.