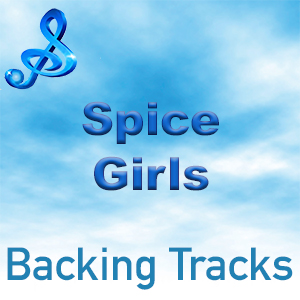 The Spice Girls were a ‘manufactured’ girl band from the UK. Affectionately known as “Posh, Scary, Sporty, Ginger and Baby” the girls shot to fame with their debut single “Wanna Be” in 1996.   Other hits include Stop, Goodbye, Headlines (Friendship Never Ends), Mama, Spice Up Your Life, Viva Forever.

The Spice Girls were a ‘manufactured’ girl band from the UK. Consisting of Victoria Adams (Beckham), Melanie B, Melanie C, Geri Halliwell and Emma Bunton the girls shot to fame with their debut single “Wanna Be” in 1996. The Spice Girls have sold around 85 million records worldwide one of the best-selling pop groups of all time.

Affectionately known as “Posh, Scary, Sporty, Ginger and Baby” the Spice Girls the were popular cultural icons of the 1990s and in the UK, they are credited for their massive commercial breakthrough in the previously male-dominated pop music scene, leading to the widespread formation of new girl groups in the late 1990s and early 2000s.

They starred in their own film “Spice World” which was a commercial success and featured stars such as Roger Moore, Hugh Laurie, Stephen Fry, Elton John, Jennifer Saunders, Richard E. Grant and Meat Loaf.

Having gone their separate ways the girls briefly reunited for a performance at the London 2012 Olympics and again later that year to open the stage show “Viva Forever’, the Spice Girls musical.