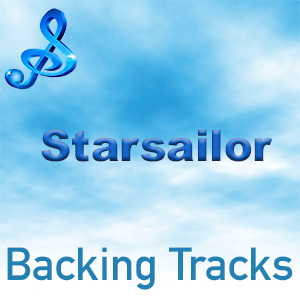 Starsailor are an English post-Britpop band, formed in 2000. Since its formation the band has included guitarist and vocalist James Walsh, drummer Ben Byrne, bassist James Stelfox and keyboardist Barry Westhead.

The band has released five studio albums, and have scored ten Top 40 hit singles in the UK. Their first album Love Is Here was released in 2001, followed by Silence Is Easy (2003) and On the Outside (2005). After the release of their fourth album All the Plans (2009), the band entered into extended hiatus until 2014, during which they were involved in individual projects.

The band announced their reunion on 23 May 2014 and began performing worldwide. Good Souls: The Greatest Hits was released in September 2015, and featured two new songs. A fifth studio album All This Life was released in 2017.