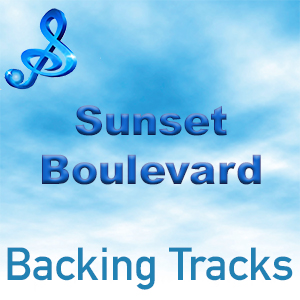 Sunset Boulevard is a musical with book and lyrics by Don Black and Christopher Hampton, and music by Andrew Lloyd Webber. Opening first in London in 1993, the musical has had several long runs internationally and enjoyed extensive tours.  It is based on the Academy Award-winning 1950 film-noir of the same title.

Praised by many when first released, Sunset Boulevard (the film) was nominated for 11 Academy Awards and won three. It has been ranked among the greatest movies ever made. Deemed “significant” in 1989, Sunset Boulevard was included in a group of films selected for preservation in the National Film Registry. In 1998, it was ranked number 12 on the American Film Institute’s list of the 100 best American films of the 20th century.

Sunset Boulevard revolves around a former star of the silent screen, Norma Desmond. She lives in her dilapidated mansion in Hollywood with her butler and chauffeur, Max. Lost in her memories, she is stirred into action when a screenwriter, Joe Gillis, enters her home and her life. Joe is down on his luck and trying to escape debt collectors. Norma offers him a room and board if he agrees to edit her script of Salome, a movie she has written and in which she wants to star as the teenage seductress. Norma is convinced that she is still as beautiful and in demand as ever and this is sustained by Max, who writes fake fan letters to her and shields her from the reality. She lavishes Joe with gifts and soon declares her love for him. Her obsession with the young writer further reveals her mental instability, and she threatens to commit suicide if Joe ever leaves her. When Norma visits the film set of a new movie, she becomes convinced that the director wants to produce Salome and begins to imagine her dramatic return to the screen. However Norma learns of Joe’s love affair with a young woman whom he met at a party and her fragile mental state completely breaks down. She fatally shoots Joe as he tries to leave the mansion.