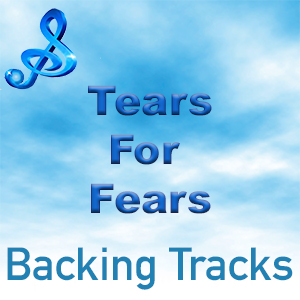 Massive in the 1980’s Tears For Fears are a duo from Somerset, England. Curt Smith and Roland Orzabal met when teenagers and were session musicians before forming the band. Their first album, although successful was not of the mainstream pop genre for which they became famous although the third single from it “Mad World” reached number 3 in the UK charts in 1982.

It was their single “Shout”, released in November 1984 which saw their rise to fame, followed by “Everybody Wants To Rule The World” both from the album Songs From The Big Chair. This album was a phenomenal success in the UK and USA and spawned a world tour in 1985. 1989 saw them release their third album Seeds Of Love from which they released the single “Sowing The Seeds of Love” and “Woman In Chains” (with Phil Collins on drums).

After a break up in 1991, the band members (including musicians) parted company and pursued solo careers although the band name was retained by Roland Orzabal. Singles and albums were released, they never quite matched the heady days of the 1980’s. Having said that, the band are still touring today (2016) to sell out crowds across the UK, USA and Canada.