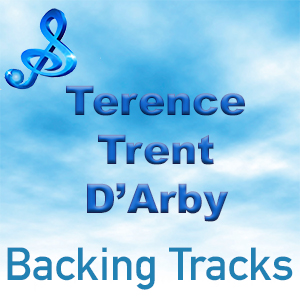 Sananda Francesco Maitreya (born Terence Trent Howard, March 15, 1962), better known by his former stage name Terence Trent D’Arby, is an American singer and songwriter who came to fame with his debut studio album, Introducing the Hardline According to Terence Trent D’Arby, released in July 1987, which included the singles “If You Let Me Stay”, “Wishing Well”, “Dance Little Sister” and “Sign Your Name”.

Sananda Francesco Maitreya (born Terence Trent Howard, March 15, 1962), better known by his former stage name Terence Trent D’Arby, is an American singer and songwriter who came to fame with his debut studio album, Introducing the Hardline According to Terence Trent D’Arby, released in July 1987, which included the singles “If You Let Me Stay”, “Wishing Well”, “Dance Little Sister” and “Sign Your Name”.

The album earned him a Grammy Award in March 1988 in the category Best R&B Vocal Performance, Male. In that same year, he earned a Soul Train Award nomination for Best New Artist.

During the 1990s, his relations with his record label Columbia Records became strained, eventually leading to his departure in 1996. He moved to Java Records for one year, during which he recorded Terence Trent D’Arby’s Solar Return, which was not released. In 1999, D’Arby collaborated with INXS to replace his friend, the late vocalist Michael Hutchence, so the band could play at the official opening of Stadium Australia, a major venue for the Sydney Olympics. In 2000, he bought back the rights to his unreleased album and left the record company as well as his management team, Lippman Entertainment.

He adopted a new name, Sananda Maitreya, which he has said relates to a series of dreams he had in 1995, though it does not have any religious affiliations, the name means ‘rebirth’ in Sanskrit. He legally changed his name six years later on October 4, 2001, explaining, “Terence Trent D’Arby was dead… he watched his suffering as he died a noble death. After intense pain I meditated for a new spirit, a new will, a new identity.”

In 2001, Maitreya moved back to Europe, resettling in Munich, Germany and starting his own independent record label, Treehouse Pub. The year also marked his first album release in six years, as the unreleased Terence Trent D’Arby’s Solar Return became the album Wildcard. The album was initially available for free through his website. It later gained a commercial release through a one-album distribution deal with Universal Music and then an independent release with his own record label.

In 2002, Maitreya moved to Milan, Italy, and began working on his sixth album, Angels & Vampires – Volume I. The songs were initially released through Weedshare by chapters, allowing the fans to get a glimpse of the work as it evolved. On July 29, 2005, the mastered album was finally released through his webshop in MP3 format and then became also available in CD format.

In July 2005, Maitreya started working on Angels & Vampires – Volume II. He released each chapter online as he finished recording the songs. On April 29, 2006, he released the finished album in his online shop. That was followed by the release of the 2-CD limited edition of Angels & Vampires at the end of 2007. In 2009, the album Nigor Mortis: A Critical Mass was released.

Since the beginning of his “Post Millennium Rock” era, he has been releasing new music through his website and various digital stores, regularly every 2 years. Most of the albums were recorded in Milan, his hometown since 2002. In 2015, he released a double album titled The Rise of the Zugebrian Time Lords.

Since the early stages of his music career Maitreya has written, composed, arranged and produced all his music himself. In April 2011 the live album Confessions of a Zooathaholic, which contains select performances of the Post Millennium Rock Tour 2010, was released in MP3 format.