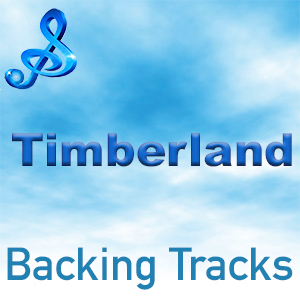 Timbaland, is an American record producer, rapper, singer, songwriter and DJ. His production credits  include work with Justin Timberlake, Jay-Z, Nas, Ludacris, Bubba Sparxxx, Madonna, Rihanna, One Republic, Brandy, Drake, Rick Ross and others. As a songwriter he has written as of 2014, 85 UK hits and 99 hits Stateside He has received widespread acclaim for his production style.

Timbaland’s first full credit production work was in 1996 on Ginuwine…the Bachelor for R&B singer Ginuwine. After further work on Aaliyah’s 1996 album One in a Millionand Missy Elliott’s 1997 album Supa Dupa Fly.  He became a prominent producer for R&B and hip hop artists. As a rapper he initially released several albums with fellow rapper Magoo, followed by his debut solo album Tim’s Bio in 1998. In 2002, he produced the hit single “Cry Me a River” for Justin Timberlake, going on to produce most of Timberlake’s subsequent LPs such as FutureSex/LoveSounds and The 20/20 Experience and their respective hit singles. A Timbaland-owned imprint label, Mosley Music Group, featured artists such as Nelly Furtado, whose Timbaland-produced album Loose (2006) was a commercial and critical success. In 2007, Timbaland released a solo album, Shock Value, which was followed by Shock Value II in 2009.

Aside from the aforementioned artists, Timbaland’s production credits from the 2000s forward include work with Jay-Z, Nas, Ludacris, Bubba Sparxxx, Madonna, Rihanna, OneRepublic, Brandy, Drake, Rick Ross and others. As a songwriter he has written as of 2014, 85 UK hits and 99 hits Stateside. Timbaland has received widespread acclaim for his production style. In 2007, Entertainment Weekly stated that “just about every current pop trend can be traced back to him — from sultry, urban-edged R&B songstresses … to the art of incorporating avant-garde sounds into No. 1 hits.”