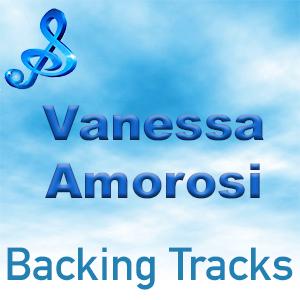 Vanessa Amorosi is an Australian singer / songwriter and recording artist. Her combined album and single sales have reached over 2 million worldwide. She is known for her vocal range and her ability to vocally cover various genres of music.

At 14 years of age she took a part-time job singing in a restaurant  spotted by a TV producer who convinced her to sign a management contract which resulted in her debut album “The Power”. The second single ‘Absolutely Everybody’ reached number three and spent 27 weeks in the Top 40, one of the longest runs of all time for an Australian single. In all, this album generated four major hits.

In September, 2000, Vanessa Amorosi was the only artist to feature in both the opening and the closing ceremonies of the Sydney Olympics.

Since 2012 she has been linked professionally with Dave Stewart (formerly of the Eurythmics), and it is rumoured that, if she releases a new album, it may include some gospel inspired tracks.