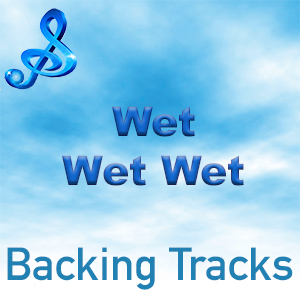 Wet Wet Wet are a Scottish band formed in 1982. They were hugely popular in the 1980’s and 90’s with a number of hits scoring high on the UK charts and around the world.

They are probably best known for their cover of The Troggs‘ 1960s hit “Love Is All Around“, which was used on the soundtrack to the film Four Weddings and a Funeral. It was a massive international success and spent 15 weeks at the top of the British charts.

Their 1997 album Ten, coincided with their decade at the top, but also signalled a slide in their commercial popularity and the band split in 1999.

Between 2004 and 2017 Wet Wet Wet produced one more album, went on tour and headlined at festivals in the UK but split after the lead vocal (Marti Pellow) left to concentrate on solo work.

In 2018, the band announced that Kevin Simm (formerly of Liberty X) was their new singer and 2019 saw them tour the UK, Belguim and Germany.