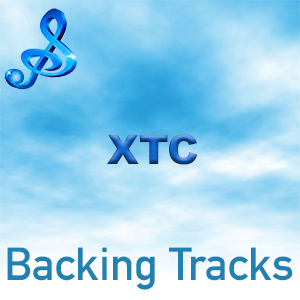 XTC were an English rock band formed in Swindon in 1972 and active until 2006. Led by songwriters Andy Partridge and Colin Moulding, the band gained popularity during the rise of punk and new wave in the 1970s, later playing in a variety of styles that ranged from angular guitar riffs to elaborately arranged pop. Partly because the group did not fit into contemporary trends, they achieved only sporadic commercial success in the UK and US, but attracted a considerable cult following. They have since been recognised for their influence on Britpop and later power pop acts.

Partridge (guitar, vocals) and Moulding (bass, vocals) met at a record store in the early 1970s and subsequently formed a glitter rock outfit with drummer Terry Chambers. The band’s name and line-up changed frequently, and it was not until 1975 that they were known as XTC. In 1977, the group debuted on Virgin Records and, for the next five years, were noted for their ironic punk rock and energetic live performances. They aspired to be “completely original” and refused to conform to punk doctrine, instead synthesising influences from 1960s pop, dub music and the avant-garde. Partridge, XTC’s frontman and primary songwriter, insisted that the band was “blatantly just pop music. We were a new pop group. That’s all.”

After 1982’s English Settlement, the band stopped concert touring and became a studio-based project centred on Partridge, Moulding, and guitarist Dave Gregory. They produced more progressive recordings, including The Big Express (1984), Skylarking (1986), Oranges & Lemons (1989), Nonsuch (1992) and Apple Venus Volume 1(1999). A spin-off group, the Dukes of Stratosphear, was invented as a one-off excursion into 1960s-style psychedelia, but as XTC’s music evolved, the distinctions between the two bands lessened. Due to poor management, they never received a share of revenue from record sales, of which there were millions, nor concert ticket sales, forcing them into debt throughout the 1980s and 1990s. In 1993, they went on strike against Virgin, citing an unfair recording contract, and extricated themselves from the label one year later.

XTC’s best-known album, Skylarking, is generally regarded as their finest. They had a total of 6 singles and 10 albums that reached the UK top 40, including “Making Plans for Nigel” (1979), “Sgt. Rock (Is Going to Help Me)” (1980) and “Senses Working Overtime” (1982). In the US, “Dear God” (1986) was controversial for its anti-religious message, while “Mayor of Simpleton” (1989) was their highest-charting US single. The group also inspired tribute bands, tribute albums, fan conventions, and fanzines across the UK, US and Japan. In 2006, Partridge announced that his creative partnership with Moulding had disintegrated, leaving XTC “in the past tense”. In 2017, Moulding and Chambers reunited as the duo TC&I. Partridge and Gregory remain musically active.