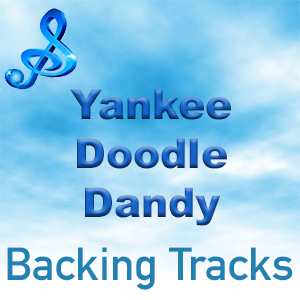 The film was written by Robert Buckner and Edmund Joseph, and directed by Michael Curtiz. According to the special edition DVD, significant and uncredited improvements were made to the script by the famous “script doctors”, twin brothers Julius J. Epstein and Philip G. Epstein.

In 1993, Yankee Doodle Dandy was selected for preservation in the United States National Film Registry by the Library of Congress as being “culturally, historically, or aesthetically significant”.

In the early days of World War II, Cohan comes out of retirement to star as President Roosevelt in the Rodgers and Hart musical I’d Rather Be Right. On the first night, he is summoned to meet the President at the White House, who presents him with a Congressional Gold Medal (in fact, this happened several years previously). Cohan is overcome and chats with Roosevelt, recalling his early days on the stage. The film flashes back to his supposed birth on July 4, whilst his father is performing on the vaudeville stage.

Cohan and his sister join the family act as soon as they can learn to dance, and soon The Four Cohans are performing successfully. But George gets too cocky as he grows up and is blacklisted by theatrical producers for being troublesome. He leaves the act and hawks his songs unsuccessfully around to producers. In partnership with another struggling writer, Sam Harris, he finally interests a producer and they are on the road to success. He also marries Mary, a young singer/dancer.

As his star ascends, he persuades his now struggling parents to join his act, eventually vesting some of his valuable theatrical properties in their name.

Cohan retires, but returns to the stage several times, culminating in the role of the U.S. President. As he leaves the White House, after receiving the Congressional Gold Medal from the President, he performs a tap dance down a set of interior stairs (which Cagney thought up before the scene was filmed and performed with no rehearsal). Outside, he joins a military parade, where the soldiers are singing “Over There”, and, at first, he isn’t singing. Not knowing that Cohan is the song’s composer, one of them asks if he knows the words. Cohan’s response is a smile and then joins in the singing.